“Some proponents of the Alexander Technique say that it addresses a variety of health conditions related to cumulative physical behaviors.”

“Alexander Technique is an educational process that was created to retrain habitual patterns of movement and posture. Alexander believed that poor habits in posture and movement damaged spatial self-awareness as well as health, and that movement efficiency could support overall physical well-being. He saw the technique as a mental training technique as well.”

Notes from Deborah Greene in the Soto Zen Buddhism pages…..

Deborah Greene  For over five years I studied, and in the last year I have been in training to become a teacher of the Alexander Technique, incorrectly thought to be a method of postural alignment. It can be better described as a way to restore the lost natural human ease and efficiency of movement, through increased awareness. The awareness achieved through this discipline bears a strong resemblance to a meditative state, or mindfulness, and the idea of continually resetting to the human factory default is also very apt. It is spoken of in training as “non-doing,” which is coincidentally the literal translation of the Taoist concept “wu wei.” A.T. helps people to achieve a state of effortlessness in movement and in life.

The technique is offered in every music and acting conservatory worldwide and has a following of many well-known actors, musicians, dancers, philosophers, authors, and physicians, dating back to its origins at the end of the nineteenth century. Does the OP ring any bells? Many.

Wikipedia has a very good, if long explanation. It’s long, because it’s so hard to put into words, and it is sanitized of spiritual implications in the hope that it will be further studied for effectiveness against chronic pain, depression, and other ailments, as it is beginning to show modest results where there is national health care, which would be motivated to fund them. I had to read many books and have the kinesthetic experience of the hands-on work that is part of it before I could even begin to know what it was about. I was lucky enough to notice that my son, who studied it as part of the curriculum in a music conservatory was transformed through it. 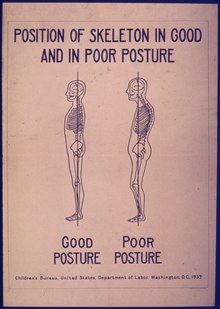