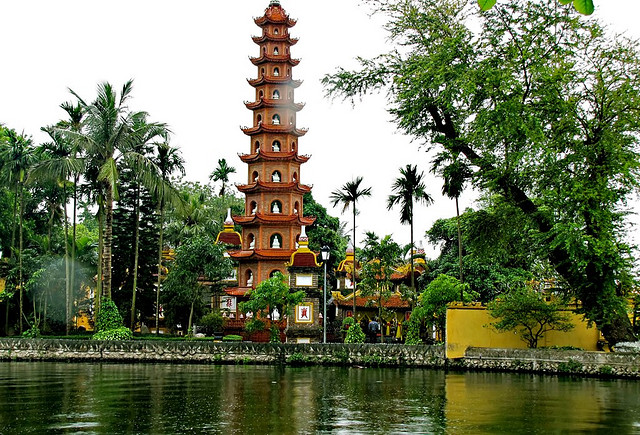 Did you know that Buddhists make up more than 12 percent of the Vietnamese population? It’s positioned right after the widespread Vietnamese folk religion (more than 70 percent of the population). Having this in mind, there’s no wonder why there are Buddhist temples in Vietnam. In this post, we’re sharing some interesting facts about Buddhism in Vietnam with you and showing you some of the most beautiful temples. Read on and find out more about it. 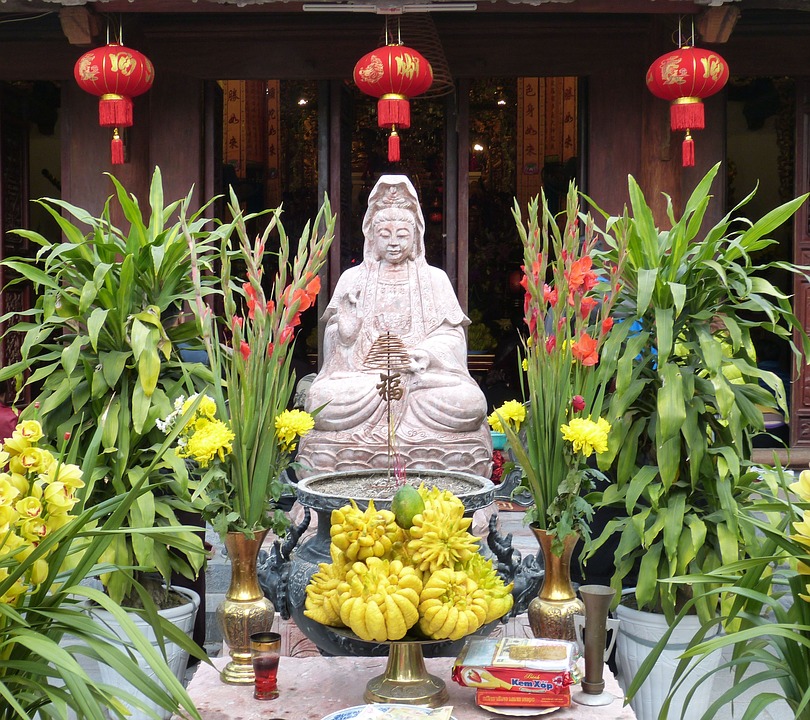 How did Buddhism come to Vietnam?

While this religion was first brought to Vietnam in the 2nd century, it took about nine centuries for it to reach its peak. It happened during the reign of the Ly dynasty and it was considered the official religion. As it was preached all over the country, it became an important part of everyday life, traditional literature, and architecture – in this era, temples and pagodas were built intensively.

Buddhism in Vietnam can be considered as a combination of Chinese Buddhism and elements originating from Tibetan and Amitabha Buddhism, Japanese Zen, and Chinese Cha’n. While the majority of believers all over the country belong to Mahayana school, there is a group in the area of Mekong Delta that gathers the followers of Theravada school. Mahayana school is widely spread in Japan, Korea, and China, and it appeared in Vietnam around 300 AD, while Theravada comes from the area of Cambodia, Thailand, Sri Lanka and Myanmar and it came to Vietnam later, somewhere between 300 and 600 AD.

If you decide to explore Buddhist spiritual monuments in Vietnam…

Make sure not to miss the eleven-level tall Tran Quoc Pagoda, the oldest and probably the most captivating one in Hanoi. It was built in 6th century, in the era of Ly Nam De Dynasty. Nowadays, it is surrounded by the intact nature of an islet within West Lake but its original location was the bank of Red River.

Thien Mu Pagoda is another incredible monument that you should explore. It is located near Hue City, on a hill that provides the visitor with an enchanting view. From the top of the hill, you won’t only enjoy the beauty of this temple and the peace it offers, but also the incredible view of Hue Imperial City and Perfume River, as well as majestic 21-meter tall Thap Phuoc Duyen Tower which is one of the most amazing features of this pagoda. Finally, if you decide to join best beach resort in Vietnam, join us at Bamboo Village in Mui Ne, you should take some time to explore the nearby Linh Long Tu Temple. This Vietnamese Buddhist temple is located on the top of a hill, off the tourist track, and it consists of a number of beautiful altars.

Read Also: How to survive in Vietnam(Culture Tips for International Volunteers)

It is also famous for its several temples and an incredibly large statue of lying Budda. Since the temple provides a mindblowing view of the harbor and the Catholic Church, it’s an ideal place for relaxation and meditation. 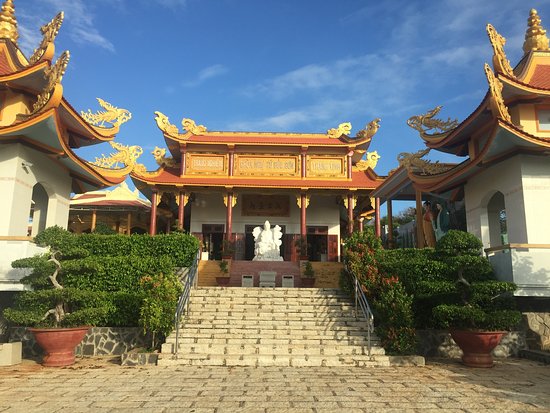 Buddhism in Vietnam is more than a religion

When we think about it, it’s pretty clear that Buddhism in Vietnam isn’t just another religion. Moreover, it is the matter of lifestyle for more than 11 million people. Their behavior and way of thinking are commonly positively affected by their belief that their present lives are the results of their past lives. This is exactly what makes the religious Buddhists so patient, spiritual, and tolerant.